I came across some interesting statistics about the island the other day. The current and past population figures.

These are only for the island proper and do not include the area called Isla Mujeres on the mainland, which is our "suburb". So, the figures are......


I think the decline in the actual island population can be explained by so many families moving over to cheap land on the mainland. Either way, interested figures.
Posted by Islagringo at 6:05 AM 5 comments:

One of the things I love to do, is to get off the pavement and discover the dirt roads. While not a perfect car for doing this (I miss my Jeep Wrangler!), the Lupo does an admiral job.

Here we are in the bioreserve up the road from Sisal. I had no trouble getting through the sand to find a parking space on the side of the road. 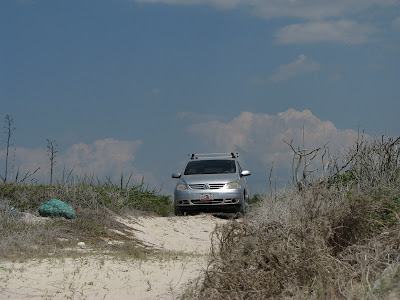 I think I need to get a sunshade for the windshield though. After I got done with beachcombing, it was hotter than Hades inside!
Posted by Islagringo at 6:05 AM 3 comments:

I took a quick trip over to a Gulf of Mexico town last week, Sisal. Always cooled by the gulf stream breezes, it is a nice place to visit for lunch and to get out of the big city.

I am always impressed, no matter where I am in Mexico, by the patina old paint creates on buildings. 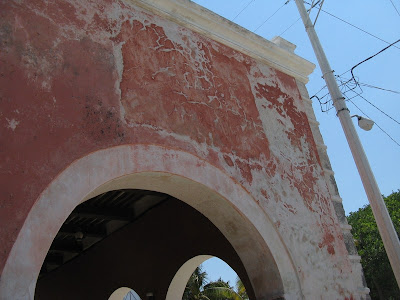 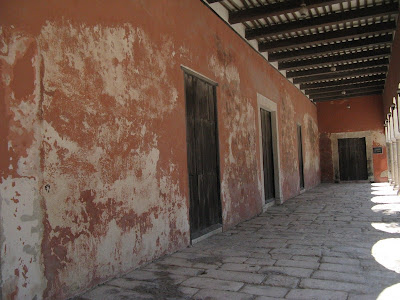 I mentioned that I had lunch. At this place. While not bad, it isn't really someplace I would highly recommend for lunch. Better to pay a little more and eat at palapa on the beach. 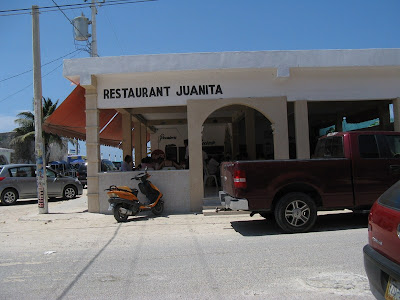 Posted by Islagringo at 6:05 AM No comments:

Coming from Minnesota, I am no stranger to road work. In fact, a common saying there says that we have two seasons.....winter and road repair. At times, I believed it too!

So it was no surprise to me to see that Merida was going through the same thing. Most of the downtown streets are being torn up and redone. Since the streets downtown are one ways, it has caused some major rerouting problems. But the ones that have been completed and have reopened are really nice. They have made the sidewalks wider, which also makes them safer.

I stopped one day and watched them working for awhile. (glad it was not me in that hot sun!)

After the street has been torn up and the forms set, they start with a big, noisy cement mixer. One crew pours and levels. 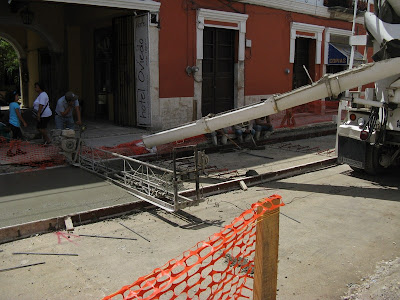 The next crew follows behind finishing the surface. 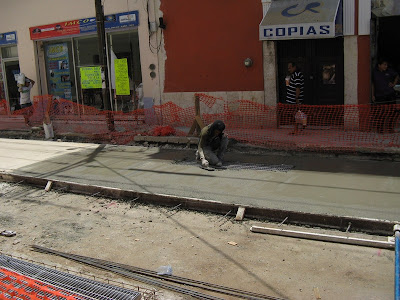 This guy then throws what looks to be lime on the fresh(ish) cement and trowels it in. 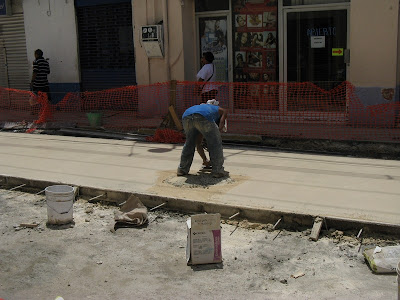 Then comes the guy with the fun job. He gets to use the forms that stamp the image into the cement. 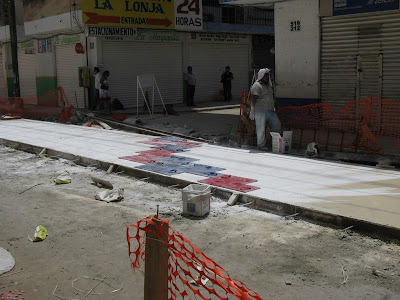 And finally, more noise. This guy uses this jack hammer device as a finishing touch. I would have thought that it would mess up the pattern, but it doesn't. 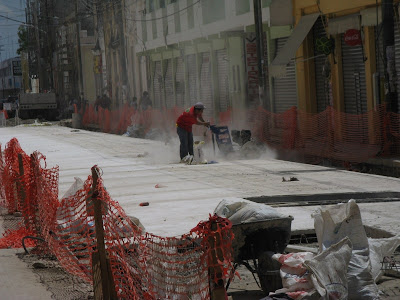 It was an interesting, well organized and run operation to watch. It would be good for some of the road engineers here on the island to go take a look at how things could and should be done.
Posted by Islagringo at 6:05 AM 5 comments:

Merida is a city of over 1 million people and, it seems, just as many cars, buses, trucks and scooters. And, still, it is a place for walkers. I love to walk around the city and admire the architecture and window shop.

But there are other things I want to do also. And for those, I need my own transportation. 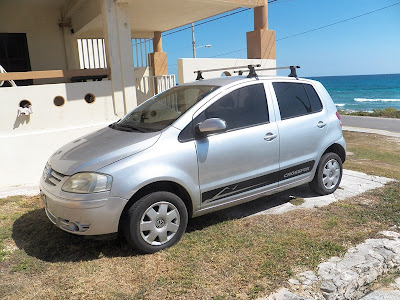 I recently purchased myself a used car for driving to and from Merida and, more importantly, driving myself around the Yucatan to places I still want to explore. 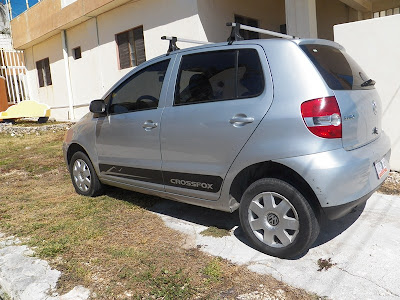 I just got back from spending another week in my second home in Merida. As always, I had a great time there. I love that city.

Merida is full of little neighborhood parks and plazas. One thing I have learned the hard way is to always look where you sit and to look up before you sit. 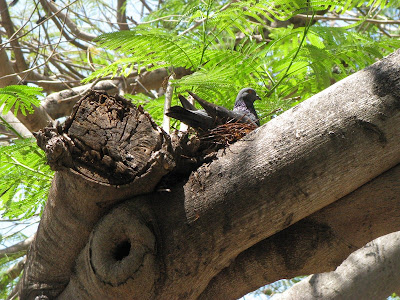 Let me tell you, it is not fun to arise from a park bench only to discover that somebody's discarded wad of gum is now firmly stuck to your butt. Or that you have sat in a fresh pile of bird shit. So that's the look down part.

If you are going to sit in the shade, which is usually provided by the many trees, it is also wise to look up. The trees are quite often full of pigeons or those awful black gackels. Even if there are none present when you sit down, it pays to glance up once in awhile to make sure none have taken up residence just above your head. Within firing range.

More than once I have failed to heed my own advice and I have the ruined shirts to prove it. I seldom have a kleenex, towel or rag with me. Cleaning up fresh birdshit as it runs down your face or the back of your neck is totally disgusting and humiliating if you have to do it with your bare hand.